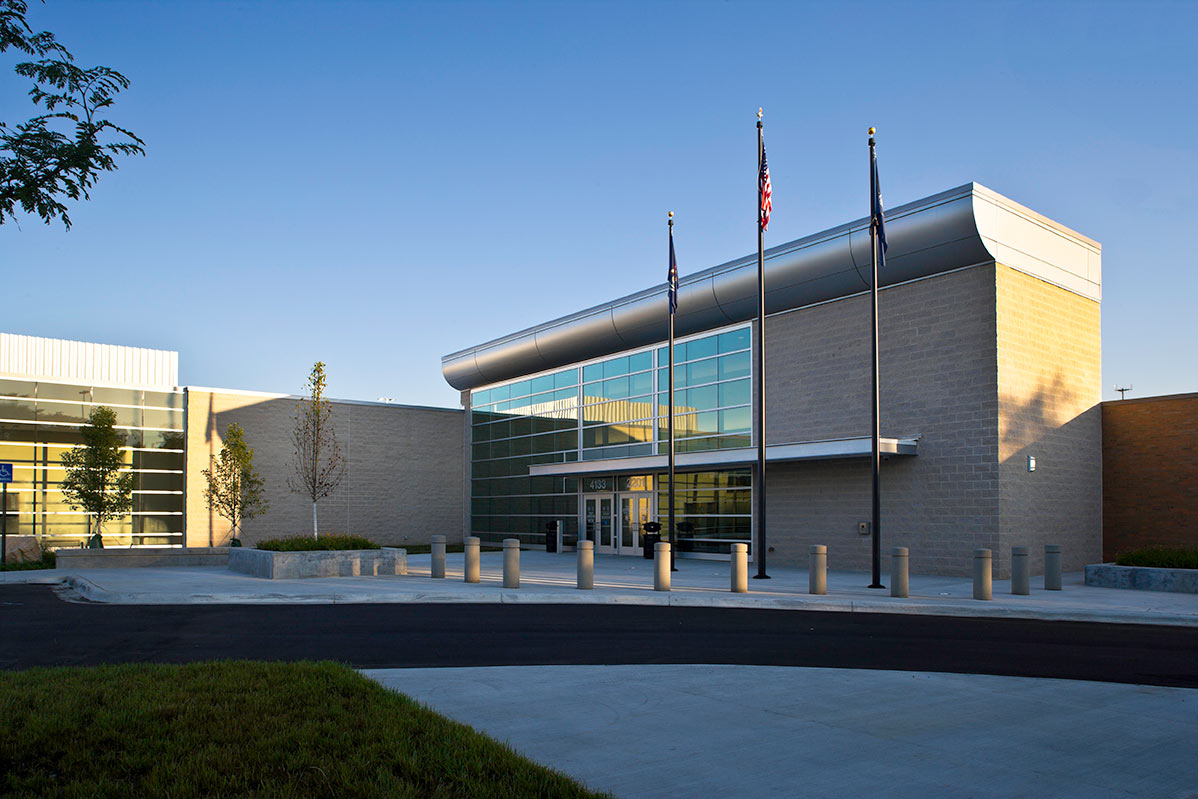 New $14 million, 112-bed expansion to the current housing unit along with a new Intake and Receiving area totaling approximately 50,000 sq.ft.  Upgrades to the existing County Jail include security; kitchen/receiving area; and infrastructure improvements, including mechanical and electrical.

New 39,000 sq.ft. 14-A District Court to replace the existing 14-A District Court on site.  The new court is attached to the jail and inmate transfer will now be conducted through a new tunnel connecting the two facilities.  Special consideration was given to secure inmate transfer which will be achieved by vertical movement into the court holding room and will not cross either judicial/staff traffic or public traffic.

The project incorporates innovative technologies including new enhanced touch screen security systems including both security camera functions along with security door control systems.  Video arraignment features are being integrated into the jail and the courtrooms and Video visitation provisions are being implemented in an effort to reduce the inmate transfer functions.

Construction and renovation of facilities occurred in and around an occupied jail and access to and from the building during construction was maintained at all times.  Special consideration was given to the schedule of the project so no interruptions of existing functions were encountered.  Public access to the facility was also maintained throughout the duration of the project.